Happy Halloween!!! It's my favorite day of the year and I'm all in black, complete with skeleton earrings in celebration. I'm also celebrating because I have been nominated for a Movie411 Award. WHOO HOO!!! Check this, yours truly has been nominated for Sexiest Female Author.

OMG!!! I cannot believe it, I am stunned, just stunned, but very happy. Sing it with me now... "I believe in miracles. Where you from? You sexy thing..." Ah, nothing like a little Hot Chocolate music to celebrate. The nominating goes through November 28 and those Top 5 with the most nominations moves on to the voting round. Fingers crossed that I move on. And since I'm from Chicago, I promise, no dead people will be involved, unless they have their own blog. LOL To nominate me or others just email The Movie411 here themovie411@live.co.uk.

You all know how I love scary movies, books, hell I'm even planning a real-life ghost hunt next year with some friends. We are going to Waverly Hills Sanitorium in Kentucky where I plan to personally inspect the infamous death tunnel.

There are, however, some things out there that truly terrify me and I'm not talking fear of the dark or hating reptiles, I'm talking bone deep fear and stomach churning horror. The following are two of the very few movies on this earth that genuinely terrify me and I have a very hard time watching them. These movies really do a number on my psyche and I just cannot watch them alone. 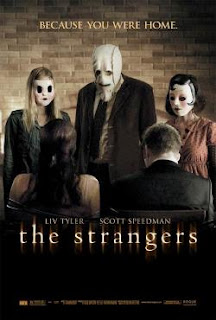 The Strangers Words cannot even begin to describe the creepy feeling that this film engenders in me. I think it's the way that this movie is a real life possibility. Brutal, savage home break-ins happen every day and the majority go unsolved. I knew someone whose sister was brutally murdered in her home. Fifteen years later and not one clue. One of my mother's friends was a student nurse slaughtered by Richard Speck. I can sit through the mindless horror of Friday the 13th, Halloween and other slasher flicks like that because they're mostly silent hulking killers that regenerate. I get a lot of shit for this movie, but it just freaks me out, a random act of savagery that hits too close to home. 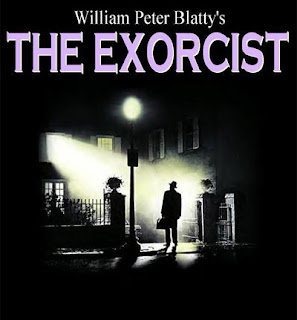 The Exorcist William Friedkin's film stands out as the single most terrifying movie I have ever seen. I was raised Catholic, still am, and this movie hits at the heart of my spirituality and the beliefs I hold dear about Heaven and Hell. Some of its images are so shocking and revolting, especially the crucifix scene. I was frozen in horror as I watched, sick to my stomach. Yes, some of the acting is cheesy and the dialogue over-the-top and it's been much-parodied in the nearly forty years since its release, but you will never catch me watching this film alone.


So what films terrify you?
Posted by Unknown at 4:47 AM