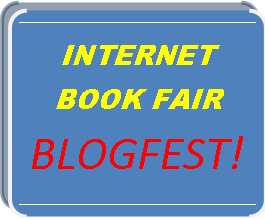 Hooray for books!!! Today, M.A. Leslie an awesomely cool member of our blogging community is sponsoring the Internet Book Fair Blogfest as a way for we writers to get our books out there and to promote books and authors we love. The idea, as I understand it, is to tell a little bit about our own book, provide a buy link and tell about some other books and writers we love.

Along with my steamy sizzler, Nathan's Angel, I'm featuring two awesomely fantastic books by two of the best writers I know, MPax and Gail M. Baugniet. So here we go... And be sure to check out the other stories and linkage here. 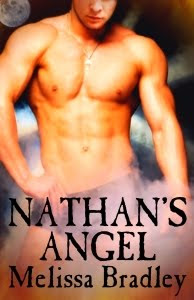 Sometimes the laws of Heaven were meant to be broken…

When his soul mate is stolen from Paradise and reincarnated, Ramiel, angel of death and transformation, defies Celestial Law to find out why. As punishment for his crime, he is banished to Earth in human form without his powers. His only hope lies in recovering the grace he lost in his fall from the Divine Realm…

Nathan, a beta werewolf, knows all too well what it’s like to be vulnerable and at the mercy of unfair people and situations. He is considered weak in the eyes of the alphas of his pack. Ramiel literally falling into his life changes him. Determined to help the sexy angel, he takes charge of the situation and to his surprise, begins to exhibit some rather alpha behavior…

As they search, a white hot, forbidden fire ignites between them, an inferno that sets them ablaze, fusing them body and mind. A passion that makes them question everything they’ve ever known. But when Ramiel’s grace is found, will they have the strength to let each other go? 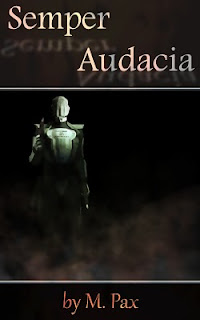 Alone. Leda is the last living member of the brigade, the sole defender of her world. War took everyone she knew, leaving her in the company of memories and ghosts. Or is it madness?

The siren blares. The enemy is coming. Or is it? The approaching vessel isn't a friendly design, but it answers with the correct code. Leda must figure out whether the arrival is reinforcements or the final assault. In an aging flyer, she ventures out to meet her world's fate, the last stand. 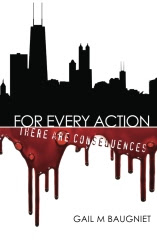 FOR EVERY ACTION...THERE ARE CONSQUENCES by Gail M. Baugniet

26-year old Pepper Bibeau deals with unresolved personal problems while she plugs away at her job as an insurance investigator for a Wisconsin-based company. She recently resigned her commission with the Army Nurse Corps after a 12-month tour of Vietnam and experiences occasional flashbacks. Also, her son is being raised by her mother's relatives in Hawaii, a decision Pepper doesn't regret but never fully accepts.

Pepper's current investigation takes her to Chicago where she discovers that murder, suicide, and a child's heroin overdose all point to a small drug operation. Many of the people she is counting on for help may be indirectly involved in the case and the more Pepper learns, the more difficult it becomes to sort out who's hiding what.

After someone slams her head against a brick wall, sending her to the hospital, a homicide detective suggests she drop her insurance investigation and leave town. But her friend is dead and a child remains in a coma. Until she exposes those responsible, Pepper is staying.
Posted by Unknown at 10:56 PM