V Is For Amy Vincent 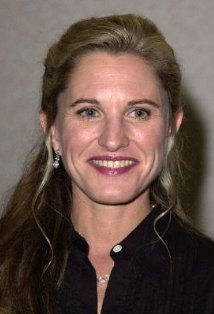 Happy Thursday, yo! I'm finally feeling better. My sinuses yesterday made my face puff up like I'd been hit several times by Mike Tyson.  It was not pretty. Anyway, I spent my day yesterday caught between sleep, the internet and trying to watch a couple of TV shows I've been hearing about but never had time to watch, Arrow and Red Widow. Turns out, I did not like either of them. At least now I don't have worry about trying to find space on my DVR.

It's V Day here on the A to Z and my girl this time is making it in a man's world. I'm talking cinematographer Amy Vincent. You know her work from the Oscar nominated film Hustle and Flow. from Lemony Snicket's A Series of Unfortunate Events, The Good Life, Mr. Brooks, Black Snake Moan, I Heart Huckabees, the unfortunate Footloose remake as well as Zookeeper and Eve's Bayou.

She got her start in the late 80's working the camera for such films as Heathers, 18 Again!, Who Is Harry Crumb?, Freeway Maniac and Hollywood Chainsaw Hookers. Amy is one of the few female members of the American School of Cinematography.Her work has garnered her some terrific recognition as well. In 2001 she was given the Women in Film Vision Award for her outstanding work in advancing the presence of women behind the camera and in 2005 she won the Sundance Award for Best Cinematography for Hustle and Flow.

I can't believe how close to the end we are getting to this year's challenge. I haven't had much time to visit a lot of the blogs on the list so I am going to keep right on going until I finish the list. I did not finish last years list, I gave it a good try, but I failed spectacularly so my goal is to try and finish the list this year. I hope the links will stay up on the site for the rest of the year.

Labels: A to Z, A to Z Challenge, Amy Vincent, strong women, Women In Film