U Is For Liv Ullman 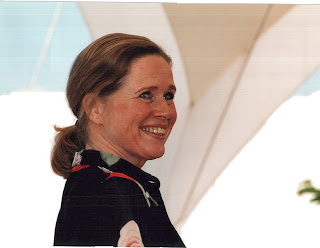 It's Hump Day and we're getting in to VHL's of the A To Z aka the Very Hard Letters.U being one of them. Today I'm spotlighting Liv Ullman, actress, director and yes, another fellow Sagittarian. We are such creative folks.

Liv began her career on the stage in the 1950's, but did not become well known until her collaborations with famed Swedish director Ingmar Bergman. The Passion of Anna, Cries and Whispers, Persona and Autumn Sonata would become some of her most famous films. She has been nominated for nearly every acting award and has received several Lifetime Achievement honors. She won the Golden Globe for her role in the 1971 film, The Emigrants.

Her directing career started in 1992 with the film Sofie. She went on to direct the Bergman composed film Faithless, which garnered a nomination for the prestigious Palm D'Or. In 2009 she directed Cate Blanchett in a stage production of A Streetcar Named Desire for the Kennedy Center. Her upcoming directorial project is Miss Julie starring Jessica Chastain, Colin Farrell and Samantha Morton.

In addition to her acting and directing, Liv has chaired several film juries including Cannes and Berlin. She is the co-founder of the Women's Refugee Commission and a goodwill ambassador for UNICEF. In 2005 King Harald V of Norway made Ullman a Commander with Star of theOrder of St. Olaf, an honor granted to very few women.
Posted by Unknown at 11:04 PM

Labels: A to Z, A to Z Challenge, Liv Ullman, Women In Film