P Is For Rachel Portman 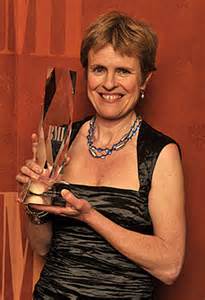 Yay!! I am back to single letters now, all caught up with my awesome A to Z challengers. To visit these incredible people, please click at the top of my side bar.

I'm still getting caught up with all my visits. It's been a week or so I tell you. Say did any of you out there catch the premiere of Sy Fy's Defiance? I DVR'd it and hope to catch it this weekend. I hope it was as good or better than the hype.

Rachel Portman is an award winning composer. Born in England, she was educated at Oxford and began her career in the early 80's. She has scored over 80 films including Emma, The Cider House Rules, Benny and Joon, The Joy Luck Club, Chocolat, The Manchurian Candidate remake, Snow Flower and the Secret Fan, The Duchess and The Vow. She was the first woman to win an Academy Award for her film score, winning in1996 for Emma, but also received nominations for Cider House and Chocolat.

Her other work includes a children's opera, The Little Prince and a musical based on the Little House on the Prairie books by Laura Ingalls Wilder. In May 2010 she was honored by BMI with the Richard Kirk Award which is bestowed on composers who have made significant contributions in the realm of film and television music. She is the only woman to ever receive this honor so far. This award came on the heels of being appointed Officer of the Order of the British Empire for her work.

When I was researching this piece, I found that Rachel had done a huge amount of film scores that I really love and actually own. It's great to see women making their way in this still hugely male dominant arena.