R Is For Shonda Rhimes 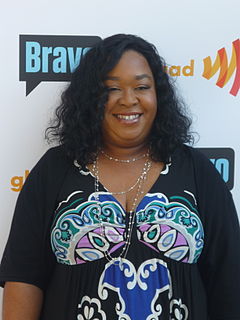 Shh... I'm cheating again. This time posting on Sunday because I had to take yesterday off. It was a busy, busy day and had me helping out my mom, who fell, while going to the wake of her friend's brother. I also took my nephew to take his high school entrance test at my old alma mater. I even signed up to do some volunteering for the place as they have created a really small (compared to when I was there), but very dynamic school community. Oh and don't forget to click on the top of my sidebar to visit all the other amazing challengers. Anyway, let's get this post rolling shall we?

R Is For Shonda Rhimes

Creator, writer and producer of the titular series Grey's Anatomy, Shonda is my girl all the way. She even comes from the south parts here around Chitown, having grown up in University Park, which is about 30  minutes straight south from my house. South Side Pride! Anyway, she also is the triple threat creator, writer and producer of my latest TV addiction, Scandal. Like Walking Dead, when Scandal is on, nobody better call me, come to my house or talk to me or I will cut you. Two ladies I work with are also like this so needless to say, Fridays are Scandal round ups in the office.

Shonda worked her way through some crazy jobs before getting her start as the research director on the documentary Hank Aaron: Chasing the Dream. She also wrote and directed a short film called Blossoms and Veils starring Jada Pinkett Smith. Her big break was writing the screenplay for the award winning HBO film Introducing Dorothy Dandridge starring Halle Berry.

She formed her own production company, Shondaland and was named Time Magazine's 100 People Who Help Shape the World. Shonda has won 4 NAACP Image Awards, a Producers Guild award and received the prestigious Women In Film Lucy Award for advancing the perception of women in film and television. My girl even won teh Golden Raspberry Award for Worst Screenplay for Crossroads, the 2002 Britney Spears flick which wasn't bad except that it starred vacuous Britney, who can't form words until they are given to her in an earpiece. Poor Shonda, it must have killed her to see her work in the hands of a moron.

Yeah I know I'm supposed to be highlighting strong women, but I'm not going hesitate on calling out the stupid ones of my gender. Dumb women should have their female card revoked as far as I'm concerned. We have a hard enough time getting accepted as equals simply because we're women. Dopes like Britney, Rihanna or Snooki, and every single Real Housewives incarnation cast member just add to the stereotypes.

Hope you all are having a great weekend. Come back tomorrow for my S post. It's killer. ;)
Posted by Unknown at 7:02 AM