J And K: A Twofer

Well Imaginarians and A to Z ers, I'm finally back. YAAAYYY!! After a long, arduous battle with our cable company and our media gateway as the box is referred to,  I am finally back on the internet and able to do some posting. I'm also hoping the A to Z team and my fellow challengers will forgive my absence and think of it as a rain delay, albeit a three day one.

I'll be cheating a bit and doing twofers this week in order to catch up. So without further ado, let's get this challenge back on track. 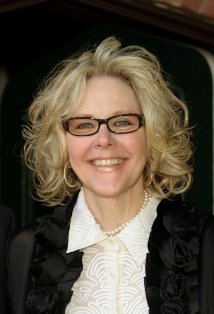 J Is For Junie Lowry Johnson

Junie is a casting director with over 120 titles to her credit including the TV shows, True Blood, Deadwood, Ugly Betty, Desperate Housewives, The Killing, Big Love, In Treatment, Prison Break, NYPD Blue, and the Star Trek series Next Generation, Deep Space Nine, Voyager and Enterprise. Her latest project is the ambitious new SyFy series Defiance.  There has been little on television that Junie has not affected with her brilliant perception on who would be perfect for what roles. She has also worked her magic in film on pictures like Bruce Almighty, La Bamba, Grosse Point Blank and Forces of Nature. She has also been responsible for the cast of one of my fave monster movies, Abominable.

For her work she has garnered 41 nominations for Casting Society of America Artios Awards and Primetime Emmys. Of those noms, she has won 8 Emmys and 9 Artios. She has blazed a trail for women who want to work behind the scenes in Hollywood. and certainly left a mark. The actors make the roles their own, but we would not even see them in these roles had it not been for Junie's work. Like Patrick Stewart as Jean Luc Picard, Anna Paquin as Sookie Stackhouse and Ian MacShane as Al Swearengen.

K Is For Kathleen Kennedy 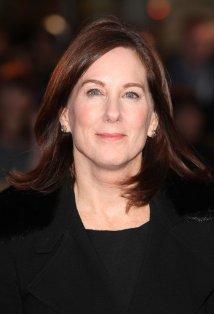 Kathleen is one of the very few truly powerful women in Hollywood. As a producer, her resume includes a vast array of blockbusters from Poltergeist and E.T. to Jurassic Park, Twister and The Sixth Sense. She has also worked on several Oscar contenders like Schindler's List, Seabiscuit, The Curious Case of Benjamin Button and Lincoln.

She co-founded Amblin Entertainment with Frank Marshall and Steven Spielberg in 1981. She is also one of the rare female producer to reach the billion dollar mark in total box receipts with her films grossing more than 11 billion dollars. She formed Kennedy/Marshall Productions with her husband Frank Marshall in 1992 where she remained as president until October of last year when it was announced that she would take over the reins at Lucasfilm.

Kathleen currently serves on the Board of Governors for the Academy of Motion Picture Arts and Sciences, a position rarely afforded to a woman. She also served as co-president of the Producers Guild of America. In 1995, Kennedy was the recipient of the Women in Film  Crystal award and in 2007 received the inaugural Paltrow Mentorship award for her work with the next generation of female film makers.

I'll have two more ladies tomorrow. It feel great to finally be back on track.
Posted by Unknown at 4:33 PM