E Is For Sylvia Earle 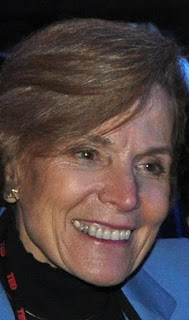 Today I wanted to cover someone who made her mark in one of my fave fields, science. I often wish that I had a head for science, but the truth is I just never did well in the subject, though I loved it. I do think science is one area where we need to stir the interest of young girls. We do need more scientists of the female persuasion in my opinion.

So without further ado... My E is for Sylvia Earle, oceanographer and hero of mine. She lead the first team of all women aquanauts in 1970 during the Tektite II project,  a deep sea habitat program in which divers lived under the ocean for 10 to 20 days at a time and studied the effects on the human body as well the psychological effects of working in a closed environment.

She founded Deep Ocean Engineering with her husband, engineer and submersible designer, Graham Hawkes in 1985. The company designed and built the Deep Rover research submarine in 1987, which operates down to a depth of 3300 feet. She left the company in 1990 to accept an appointment as chief scientist at the National Oceanic and Atmospheric Administration (NOAA) Seven years later she started DOER, Deep Ocean Exploration and  Research, a company that designs, builds and operates equipment for deep ocean environments. A company that is now run by her daughter, Elizabeth.In 1998 she named Time Magazine's first "hero for the planet."

She has lead more than 60 deep sea expeditions and served as the leader for the Sustainable Seas Expedition from 1998 to 2002, a five year program to study the United States National Marine Sanctuary. In 2009 she was awarded a TED grant and founded Mission Blue, a program that aims to create marine protected areas around the globe. So far they have established these so-called "hope spots" in Cuba, Belize, the Galapagos Islands and the Mesoamerican Barrier Reef off of the Yucatan Peninsula.

Thank you for stopping by today and visiting me during this awesome A to Z Challenge. To visit the other amazing participants, click here.
Posted by Unknown at 4:44 AM