Today is my big catch up. Tomorrow I'll be back to single letters and on the letter U with all of you, my fellow Challengers. Yay!!! What a week it as been. Let me give a shout out to my friend, Maybard at Maynard Morrissey's Horror Movie Diary. He gave me an award a few days ago and I want to thank him. Maynard, you are one of the best and I promise, promise to do an award post very soon. Visit him if you get a chance, he has one of the coolest blogs. 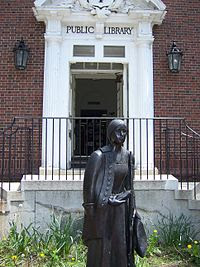 S is for Deborah Sampson. Deborah was a soldier in the Continental Army during the American Revolution. Yes, you read that right. She was a soldier. You see, Deborah disguised herself as a man, enlisted and fought for 17 months as Robert Shurtlieff of Uxbridge, Massachusetts. And she was not the only one. There are several women with documented combat experience during that war. Hell to the yeah, my sisters.

Deborah joined the Continental Army  on May 20, 1782 where she was chosen for the Light Infantry Company of the 4th Massachussetts under the command of Captain George Webb. On July 3, she fought in her first battle where she was wounded twice the thigh and was slashed across the forehead. Fearing discovery, she begged her fellow soldiers to leave her, but they refused. A brother soldier put her on his horse and rode her the 6 miles to the hospital. Her head wound was treated, but she left before they could treat her leg wounds. She took a penknife and a sewing needle and dug one slug out herself. The other was lodged too deeply to reach. Her leg healed improperly, but she continued to serve and was promoted on April 1, 1783, serving as waiter to General John Patterson. In June of that year, she was afflicted with a fever and Barnabas Binney, the doctor who treated her discovered her secret. He never uttered a word and Deborah was honorably discharged on October 25, 1783. 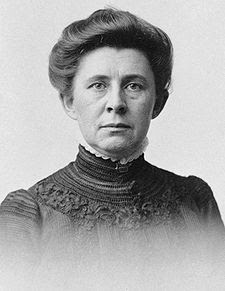 T is for Ida Tarbell. Ida was a teacher turned journalist who lead the way in so-called Progressive Era with her investigative journalism which became known as muckraking. She was one of the first women to  graduate from Allegheny College in 1880. While teaching, Ida became interested in journalism and reporting. She started writing and editing a magazine for the Methodist Church. She quit to further her studies in France where she continued writing articles. Here she caught the attention of publisher and newspaperman, Samuel McClure. He offered her the position of editor for McClure's Magazine. She also wrote a popular series of biographical articles on Napoleon for the publication.

Her biggest work for McClure's was a 20 part series on Abraham Lincoln that was turned into a wildly popular book. Its success gave her cache as a major writer and her investigation into the President's life fueled her desire to uncover the truth. In 1902, she investigated the business practices of robber baron John D. Rockefeller and his company Standard Oil. Her landmark piece, The History of the Standard Oil Company was published in 1904 and lead to the prosecution of Rockefeller and others under the Sherman Anti-Trust Act. In 1906, Ida founded American Magazine and authored several important pieces about tariffs. During World War I, she took up the plight of working women and fought to get them better working conditions and compensation. Because of Ida and her fellow muckrakers, the press is the watchdog organization it is today.

Hope you enjoyed reading about Deborah and Ida. Thank you so very much for stopping by and visiting. To visit more of my brilliant fellow A to Z challengers, click here.
Posted by Unknown at 10:55 PM