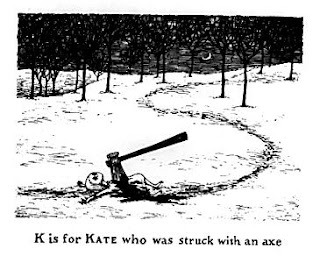 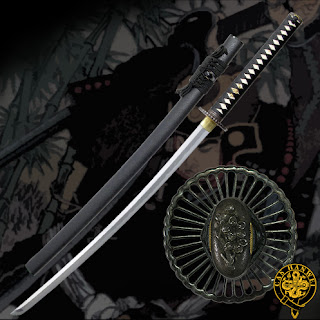 Funny how poor Kate bought it with an axe blade because that is what today's post is about. Blades, specifically the katana of the legendary samurai. Underneath this snarky writer's exterior beats the heart of a babe who loves blades.

There is nothing more deadly elegant to me than this gently curving mistress of death. Some favorite samurai films include The Seven Samurai and Throne of Blood by the incomparable Akira Kurasawa and The 47 Ronin by the brilliant Kenji Mizoguchi. I was also impressed with Ken Watanabe in The Last Samurai. My favorite katana wielder, though, is perhaps Duncan MacLeod of the Clan MacLeod in the Highlander series. I know, pure fantasy, but it's drooling-in-my-Diet Pepsi fantasy because not only did I get a hot guy, but I got to see that sexy blade in action. What can I say, I cannot resist a gorgeous hunk with a wicked sword. ;)) 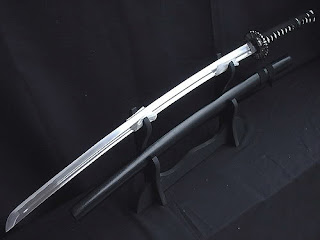 * It is a backsword with a blade edge on one side.
* It is forged from Tamahagane, a combination of hard, high carbon and tough, low carbon steel.
* The hamon, or blade pattern is a natural swerving line down the center of the blade formed in the hardening process. It can only be seen after polishing and is unique to each swordsmith. Mono steel replicas have no natural hamon, using instead acid etch or wire brushing.
* The blade ranges in length from 60-73 cm (23.6 to 28.7 in)
* The curve of the blade is known as the sori.
* The point is the hardest part and is called a Kissaki. It is the most difficult part to polish and forge. The quality of the Kissaki determines the value of the katana.
* A new katana was given to a sword tester, who took the blade and tested it by cutting through corpses and condemned criminals. They started on the small bones and worked up. The test results were recorded on the nakago, the metal piece attaching the sword blade to the handle.
*The samurai would give their swords a name as they believed their warrior spirit lived within the blade.
Posted by Unknown at 5:27 PM

Labels: A to Z, A to Z Challenge, about Melissa, blades, katana