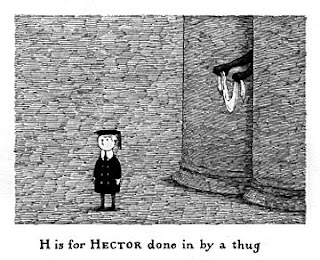 First, the most amazing, joyous news. Ever. The wonderful and brilliant Deirdra Eden Coppel at A Storybook World has chosen yours truly as a Powerful Woman Writer. This honor simply stuns me and the happiness is so enormous I feel like I'm in orbit. To be recognized by a fellow woman writer is so inspiring. Thank you very much Deirdra, I appreciate this from the bottom of my heart. 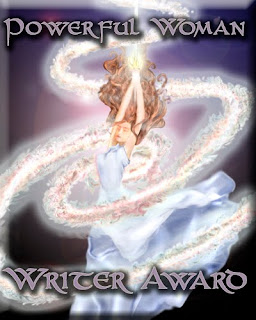 And today's post is just a tad late, but I've never been one to be absolutely on time. I work from my own timezone sometimes Bradley Central Time. ;)

H is for Hellagood Heroines

These are some of my favorite women in all of cinema. They go in with guns blazing, kicking ass and going toe to toe with the guys as well aliens, zombies, secret agents and anything else that gets in their way. To borrow an expression from my awesome sister in ass-kicking 'tude, M from The Smoking Pen, these chicks are BAMF's (Bad Ass Mother Fuckers). I keep them in mind as I create my own heroines. Here's to all my badass, rockin' chicks out there, we rule! 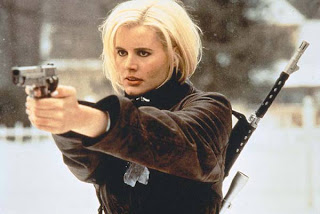 Charly is one hellagood BAMF. Played by Geena Davis, Charly defines badass. She jumps out of a building, blows shit up, shoots bad guys, gets down and dirty in hand to hand, rescues her kid and, AND she gets tortured. But does she break, hell to the no. I quote "I let you touch me, cowboy. I think I need a bath." Not to mention, The Long Kiss Goodnight co-stars BAMF Sam L. Jackson, who is hilariously quotable as always. The Man has a gift. 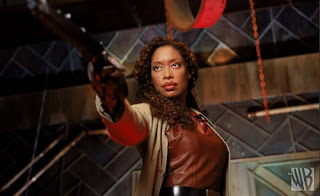 The right hand of the galaxy's most awesome captain, Mal Reynolds, Zoe takes no prisoners or attitude from anyone. She is the tactical badass, sizing up a situation with stunning accuracy and she's a crack shot. She goes through that door with her crew, picking off enemies one-by-one. And never hesitates to ride to the rescue. She won't leave a fellow soldier behind. A Brown Coat forever, she will never accept the Alliance, not even with her dying breath. 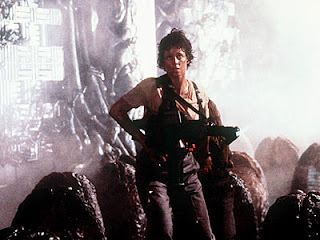 Ever since that first chest-bursting encounter, Ellen Ripley has been keeping Earth safe from some truly terrifying aliens. This was the first woman I'd seen handle the big guns. She's a take charge badass who never backed down. She plunged into a nest of monsters tricked out with an arsenal and did not,DID NOT rely on some big bad alpha man. Plus, the Alien films are one of the most successful thriller/horror franchises starring a woman. Can I get a hell yeah? I think H-Wood needs to roll out more chicks like Ripley. 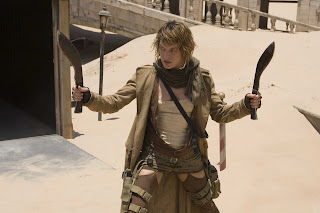 Zombies to left, zombies to the right and Alice in the freakin' middle shooting, chopping, hacking, burning. Have you seen these wicked blades? As someone who loves the horror genre and was fed a steady diet of girly girls in high heels and bikini tops, running away from the monsters, it's cool to have a killing machine badass out there running at them. The Umbrella Corporation is going down.

Who are some of your favorite BAMF women in the movies?
Posted by Unknown at 11:53 PM

Labels: A to Z, A to Z Challenge, about Melissa, movies