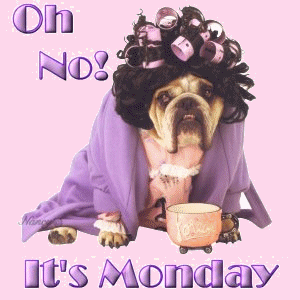 So how was everyone's weekend? Mine was a lazy, movie and zombie weekend. Except for some running around, I slept and watched movies. There great ones and there were lame ones. They were movies that I failed to see when they came out, some titles stretching as far back as 2008. I know I'm supposed to be a huge movie geek, but hey, I can't see everything. LOL

I loved Sunshine Cleaning Company with Amy Adams and Emily Blunt. It was a poignant story with a lot of heart about two sisters in a struggle to get their lives on track after they both stumble out of high school and end up with broken lives. I discovered a new to me actor, Clifton Collins, Jr. He's terrific, totally blending in whatever role he takes on. He was what drew me to another film I enjoyed, The Experiment with Adrien Brody and Forest Whitaker. A group of men volunteer for a psychological experiment whereby one group is designated the guards, the others, the prisoners. The project is supposed to last for 2 weeks, but by day 6 it has all gone to hell. It was Lord of the Flies, but with men and I enjoyed it very much as LotF is one of my favorite books.

Now, unfortunately, I did not enjoy every film. George Clooney's The American was very slow and I kept waiting for more action, but nothing happened. Then we get a really lame ending. It was filmed in Italy so that kept me from completely hating it.  All in all the movies were pretty good.

Now on to the zombies...

Last night's Walking Dead saw the return of one of my fave characters, Morgan, played by the incredible Lennie James. I was horrified to find out what had happened to him and to poor Duane, his son. Yet I am pissed, too, as I loved Morgan. See, now I hate Merle even more. As if that were possible. The bastard got off lucky only losing his hand. I want more parts cut off and I know just where to start, too. Man, my eyes were burning with tears when Morgan finally broke and yelled at Rick about not being on the other end of that radio, that he had listened every day, but Rick wasn't there. My heart just cracked wide open. On the other hand, I was happy that seeing Morgan pulled Rick off of the Crazy Train for a bit.

And on a side note...I got a real kick out of those zombie traps Morgan built, which included live bait. Insane, he might be, but he's still thinking outside the box.And holy shit, that arsenal he accumulated. Man, we are going to kick Team Woodbury's asses!!

I thoroughly enjoyed the bonding that went on with Michonne and Carl. They were badass together and took out several walkers in a diner where a picture of Carl and his parents was hanging. Carl wanted that picture for Judith and I was terrified when he dropped the picture in the midst of the zombies and wanted to go back for it. Michonne saved the day, though, and I loved that she came back with a colorful cat statue for herself. And hell to the yeah Carl said that Michonne was one of them to Rick. About time, too.

Okay and funniest moment of the night was the poor hitchhiking backpacker who kept begging Rick, Michonne and Carl to take him with them. His pathetic yelling and running down the road had me shaking my head and laughing. "Hey dumbass! There is no hitchhiking in the apocalypse. You will be a zombie salad bar."

I wanted to let you all know that in spite of my new schedule, I will be doing a post on Wednesday for the Insecure Writers Support Group. So tell me all about your weekend? I want details. :)
Posted by Unknown at 10:07 PM