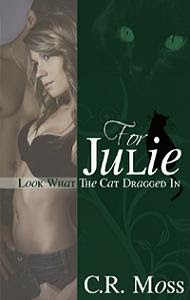 When did you know that you wanted to be a writer?
Geez, I’ve been working toward a career in writing for as long as I can remember. I had been creating stories since I started to read, but the thought of writing for a living solidified when I was in middle school and received an A in English. I looked at the grade and that’s when my life was defined. I realized I could do it. From that point on, I put pen to paper to get my thoughts down and made sure to take classes appropriate to learning and honing the craft. I did Creative Writing and Drama in high school. My BA from Rutgers stemmed from a concentration of courses in Communications and English. I’ve even taken a couple of novel writing workshops where I was mentored one-on-one by a Kensington author. Now there are the classes at the conventions, conferences and through the local RWA chapter that I attend, which helps to keep me writing.

What do you love most about being a writer?
Coming up with new ideas and having people say they enjoy my stories.

What genre haven’t you tried, yet, that you would love to explore?
This might shock some people but I’ve thought about writing Inspirational.

If we looked on your bookshelf right now, what are some of the titles we would find?
It’d be easier to say authors since I have a lot of books… Some of them include: Clive Barker, Jude Deveraux, Christine Feehan, Frank Herbert, Stephen King, Fern Michaels, Anne Rice

Music or silence when you write?
I listen to music that puts my mind into a specific frame of reference for the type of story I’m writing. The genres of music I’ve been known to listen to are spa, alternative, new wave, country, Flamenco, etc.

If you could take one of your characters out on the town, who would it be and what would you do?
I’d take Ash, from my Dirty Little series, out on the town. Yeah, he’s a naughty demon but he’s also a very handsome, charming man…suave…We’d go out to dinner, have some drinks, dance, maybe catch a show and/or do some gambling, then go back to his room… ;)


Buy link for Look What the Cat Dragged In for Julie

You can visit C.R. here at her website http://www.crmoss.net/
Posted by Unknown at 8:26 PM