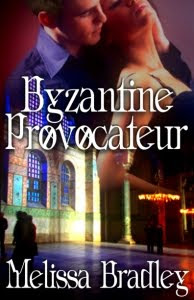 I am very excited because my newest story, Byzantine Provocateur has received its first review. The awesome Deniz Bevan over at The One Hundred Romances Project has given Byzantine a 4 star review.

I am so hugely happy right now, I don't have the words. This story is very close to me because it has taken me over two years to finally get it out. I started it at a very low point in my life and it spiraled fast. I didn't think it would ever see the light of publication. I finished that manuscript in November and sent it in. And here we are four months later and it's getting a 4 star review. Sounds like a cheesy Lifetime movie I know, but it all happened. Hand to the Big Guy. I learned it is possible to get through the abysmal shit to the other side and publish the story I was meant to. So to all my fellow writers out there who are struggling, DO NOT EVER GIVE UP. 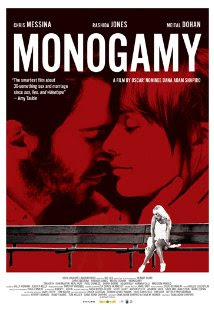 In other news, you should check out this quirky, cool little film called Monogamy starring Chris Messina and Rashida Jones. Winner of the 2010 Tribeca Film Festival award for Best New York Narrative, it tells the story of Theo and Nat, a Brooklyn couple whose relationship is beginning to unravel. It's very intimate, raw and awkwardly honest. I wrote a review for it over at Static Multimedia.
Posted by Unknown at 9:17 PM