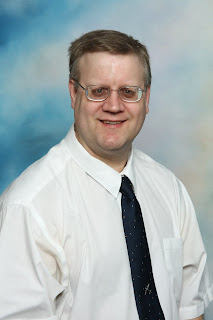 I’m here today with cool new mystery author Stephen Brayton. His novel, Night Shadows, debuted at Echelon Press on February 15. It looks edgy and brilliant and I can’t wait to check it out. Battling personal problems on the job can be hell, but it’s especially hard when you’re on the trail of a gruesome killer. For Des Moines homicide detective Harry Reznik and F.B.I. agent Lori Campisi, it’s a nightmare that gets so much worse when the evidence leads them to malevolent creatures from another dimension,

Hi Stephen, and welcome to The Imaginarium, my own little corner of the blogosphere. It’s great to have you here and I have to say Night Shadows sounds very intriguing. What inspired this tale of murder and other worldly evil? 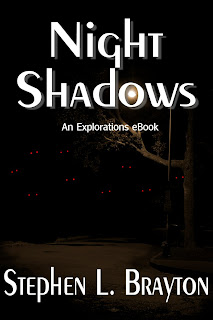 Actually, I listened to a radio show discussing people’s encounters with shadows beings and I thought it interesting people see these things in their homes. I mean it’s not like vampires where they have to be invited inside. I mention in the book, shadows are everywhere. So I borrowed a little from the movie “Ghost,” an ancient book a’la Lovecraft, threw in a salute to the X-Files, a lot of research, and it evolved from there.

Tell us a little bit about your protagonists Detective Harry Reznik and Agent Lori Campisi.

Honestly, I don’t know where I came up with Harry’s name. It just popped into my head, sounded good, so I went with it. He’s a cynical, hard working homicide investigator. He and the homicide department, as well as other Des Moines metro departments are looking into a series of murders. He also has a beautiful wife, Misty, who finds out she’s pregnant.

So he’s trying to solve this case, worrying about his wife, and in walks this FBI agent, Lori Campisi. She’s an enigma, not only to Harry, but to herself. She works normal agency cases, unless she’s assigned by a secret FBI division to investigate strange and supernatural incidents. She’s very unemotional, wanting only to do her job. However, she’s fighting an internal battle against amnesia. She doesn’t know who she was before age twelve, when she ‘woke up’ in El Paso, not remembering anything.

The problems mount for both Harry and Lori as the story progresses.

What made you decide to embark on the writer’s journey? Who are some of your writing influences? Is there one author or title that had the biggest influence?

I’m a voracious reader. (Sounds rather beastly, doesn’t it? It’d make a good headline- VORACIOUS READER GOBBLES UP LIBRARY! It would get people’s attention…or confuse the hec out of them.)

I’m sorry, where was I? Well, as an innocent (ha!) kid, I thought I’d try my hand at writing, a little hand-writing, if you will. Lol. I wrote a few short stories, then branched into a mystery, a fantasy type novella, another mystery…With every story, I learn so much about writing, editing, research, formatting, creativity. It’s a wonderful experience and I’m glad I enjoy it or I’d have to resort to something really debasing, like vandalism or the U.S. Congress. Really, nobody wants to see that.

I love H.P. Lovecraft’s At the Mountains of Madness and anything where you don’t see the monster. Those are the scariest types of books. With Night Shadows, you don’t really see a ‘monster’ because they’re shadows and shadows aren’t supposed to be tangible.

What has surprised you the most about the business side of writing? Is there any part of publishing that you find especially challenging?

I loathe editing my own material. Editing is the most difficult part, because you’re reading the same material again and again you just get sick of it. Then when you give to a publisher’s editor, that person comes back with the mistakes you missed the first seventeen times you read it.

I love marketing. Meeting people, making contacts. That’s the key. Find someone who will give you guidance on how to promote. I’ve learned a lot from a gentleman I met at a writers’ conference and more from one of the Echelon Press editors. I still haven’t done all I could, but sheesh, I have to sleep sometimes.

Do you write every day or only when inspiration strikes? How do you keep the creative juices flowing?

As much as I hate to admit it, I have a boring job, so if anybody’s hiring, I can send you my resume, let’s do lunch, and…uh, anyway, I have a lot of downtime to write. I’m not one who sets aside two hours everyday to write. I wish I could. But I write until my brain gets fuzzy, or fuzzier than already is. Sometimes, I’ll be reading and the urge to write just hits me so hard, I can’t ignore it. That’s when I know I’m onto something good.

Aside from writing, what are some of you other passions and pursuits? I read that you are a Fifth Degree Black Belt Instructor in Taekwondo.

Yes, I am…hey, is that guy bothering you. I can take care of him if you like? Okay, you’re sure? No problem, just wondering. You wouldn’t want me to give him a side kick to…

I teach martial arts four night per week. I attend a few tournaments throughout the year. This weekend I’m heading up to a black belt camp in northwest Iowa. (How sane is that? Northern Iowa in February?)

I also do a little fishing and enjoy racquetball, although I don’t play as much as I’d like.

A recommendation for others to buy the book. I want a millions of fans clamoring for my autograph, wanting to have a picture with me, women calling me for dates…er, well…

I hope I provide readers a temporary escape from everyday life. I want them to enjoy an eerie, exciting story, and…hey, watch out for that shadow creeping across the carpet toward your chair…

What’s next for you? Is there a genre that you have not tried before, but would like to attempt?

I have an idea for this nerdy looking kid who wears these round glasses and he goes to magic school, learns his craft, and fights a bunch of bad guys. I think it could be a cool series of maybe six, seven books. Huh? Already been done? Crap, I knew I should have submitted Larry Porter and the Magician’s Rock sooner.

Seriously, currently, I’m editing (ack!) the sequel to the book coming out in July and trying to find time to do some research on the sequel to Night Shadows. Also, and don’t tell anybody, but I have this, uh, well, I mean…Sigh! Okay, I have completed about half an outline for a romance. I’ve never read romance, don’t care for it (not putting down the genre or its authors, just not my cup of tea), but I’m talking with a woman and she’s agreed to look at it and maybe help me write it. We’ll see.

If you could pass along one piece of advice to an aspiring author, what would it be?

Don’t order the enchiladas covered with cheese sauce. It’s too much. See, have the sauce on the side, that way you…what? Oh, writing advice? I thought you were talking about this local Mexican joint. Yeah, I must be hungry.

If you’re serious about writing, then seek out others for assistance. Not collaboration, necessarily, but critique groups. They’re a great way to make friends, make contacts, and learn the business of writing. If you get with a group focused on improving and getting published, then the road is a lot more fun and a little less bumpy and frustrating.

To find out more about Stephen and his works, visit his website here and check out his cool blog, http://stephenlbrayton.blogspot.com/

Buy Link For Night Shadows
Posted by Unknown at 12:00 AM